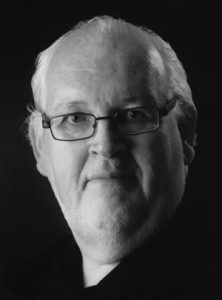 We are sad to report the death of Garry Farrel, ‘Whistler’ Ballinakill, Waterford . Garry was one of the founding members of the club. Garry died on 31st May, 2011, after a long battle with cancer.

Garry joined the CMC in its very early days and with drive and organising skills rapidly made a mark on the Club helping to make it the successful and enduring club that it is. For this work he was made an honorary life member of the CMC in the early 1980s.

Garry’s greatest legacy in mountaineering was his transformation of mountain rescue by bringing in new search techniques from the USA and the UK. From its founding in the late 1970s Garry was involved in the South Eastern Mountain Rescue Association. He radically changed how the search for missing people in the mountains was conducted. Previously searches formed a line and that line slowly and ponderously moved across the mountainside, and much time and effort was used in maintaining the line. An American, Skip Stroffel had introduced scientific rigour to searching for missing people by analysing data from decades of searching for lost people in the wilderness in the US and from that data he drew up tables about how far and where lost individuals were likely to go based on age and state of health and based on statistical probability Stroffel introduced the concept of Probability of Detection (POD – which became a much used acronym with Garry). Garry brought Skip over to Ireland where his methodology was introduced not just to the voluntary mountain rescue people but to members of State agencies such as Civil Defence and An Gardai Siochana. Garry used Skip’s work in conjunction with a fast method of searching over large areas of ground that originated in Northumbria in England.

Garry was a big man in every way, big in size, in intellect, in ideas, in commitment to what projects he took on, big in heart. Over a year ago he was diagnosed with cancer and seemed to be responding well to treatment and indeed at the Adrian Handoff lecture I remarked on how well he looked. In late May he and his wife, Aine went to Lourdes but on the return journey Garry became unwell and he died a few days later. The Irish saying”Ni bheidh a leitheid an aris” sums up Garry and his life.