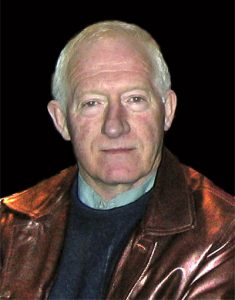 It is with deepest sorrow that we mark the death of Comeragh Mountaineering Club member Mr Donal McGrath, 61, of Knockeen, Butlerstown, Co Waterford who died on Snowdon Mountain, North Wales, on Friday 17th March, 2006.

Donal  was part of a group of 25 members of the Comeragh Mountaineering Club, Waterford, on a Club trip to Snowdon, North Wales for the Patrick’s weekend when the accident occurred. The club regularly organises trips to various locations in Ireland and abroad. The death was the first in over 30 years of the clubs existence.

The group had climbed Snowdon and were descending. The weather conditions were poor when he fell. Mr McGrath, an experienced mountaineer, was well equipped for the mountains. Members of the group contacted the police and mountain rescue, who responded immediately.

Mr McGrath, originally from County Tyrone, had recently retired as a FAS instructor. He was a popular and well-liked member of the Club who participated regularly on Club walks. He was a club member for a number of years and had experience on all the major mountain ranges in Ireland.  In  addition to his club activities he had recently been on several mountaineering trips abroad to Aconcagua (In the Andes, the highest mountain -22,841 ft – in South America), Mont Blanc, Kilimanjaro (the highest mountain in Africa), and Everest base camp.

The Comeragh Mountaineering Club wish to express its sincerest sympathy and condolences to Mr McGrath’s family and friends at this time. The club also sympathises with those who accompanied Donal and who are deeply shocked and traumatised by this event.  His companions have cut short their trip and are returning home to Ireland.

The Comeragh Mountaineering Club would like to thank the mountain rescue teams, police, Snowdonia National Park officials, and local residents for their assistance and support.

An inquest was held in Wales on Tuesday 10th October 2006 into the death of club member Mr Donal McGrath on Snowdon. The report into the inquest from the BBC’s web page is given below.
Four members of the club travelled to the inquest: F. Tritschler, J. Foley, M. Keenleyside, B. Jacob.

Donal McGrath, 61, of Butlerstown, County Waterford, Ireland, died after falling more than 600ft (183m).
The Caernarfon inquest heard members of his mountaineering club thought he was walking ahead and only raised the alarm when they reached their cars.
Coroner Dewi Pritchard-Jones recorded a verdict of accidental death.
Mr McGrath, who had mountaineering experience on Everest, the Alps and in Argentina, died on 17 March, 2006.
The inquest heard that a group from the Comeragh mountaineering club, in Waterford, was walking on the Pyg track on Wales’ highest mountain.
On the way down, in treacherous conditions, other members of the group believed Mr McGrath was walking ahead.

The inquest heard he had apparently slipped more than 600ft and struck his head on a boulder, killing him instantly.
It was only when the group returned to their cars in the Llanberis Pass they realised that the 61-year-old was not with them.
Coroner Mr Pritchard-Jones said: “He was probably doing what he enjoyed and I would hate to criticise him for doing that.
“He was a very experienced person with the best equipment. “As long as people go walking in snow and ice on mountains they know the risk and that these things can happen.”
After the inquest, Mr McGrath’s daughter, Roisin McGrath, 32, said she blamed no one for the accident but felt her father should have been missed sooner.